Selwood specialists rush out to flooding emergency at crematorium site

Heavy rain, snow and the pressures of dealing with the devastating impact of Covid-19 combined to create a crisis at Kirkleatham Memorial Park and Crematorium in Yearby, North Yorkshire.

The conditions left the site and facilities, which are at the bottom of a hill, overwhelmed by water at the worst possible time. The team were already working round the clock to service an increased number of cremations and funeral services.

Emergency support came from local fire services, who began pumping out the floodwater to help out in the short term but referred crematorium staff to Selwood’s pumping solutions team.

Craig Middleton, Framework Manager, led a rapid response out of Selwood’s Middlesbrough branch. The job was the first shout for Middlesbrough’s newly-commissioned installation team, which quickly attended the site and set up three Selwood S150 pumps to divert water into a pond, where it flowed into the stormwater system.

Craig said: “The amount of rain and snow that fell in a short period of time had left the storm drains completely backed up. The Fire Service had been doing a brilliant job but as an emergency service, they needed to free themselves up, so referred the team to us.

“It was humbling to see the amount of pressure the team at the crematorium are under. At the time, two out of the four of them were unavailable and they were working until 2am or 3am to cope. They are amazing people who are having to deal with unimaginably difficult circumstances at this time.”

Once the flooding subsided and the job was complete. Craig returned to the site with small gifts for the team. “They told us they felt like the forgotten ones,” Craig added: “So it was nice to do something to show that they are appreciated.” 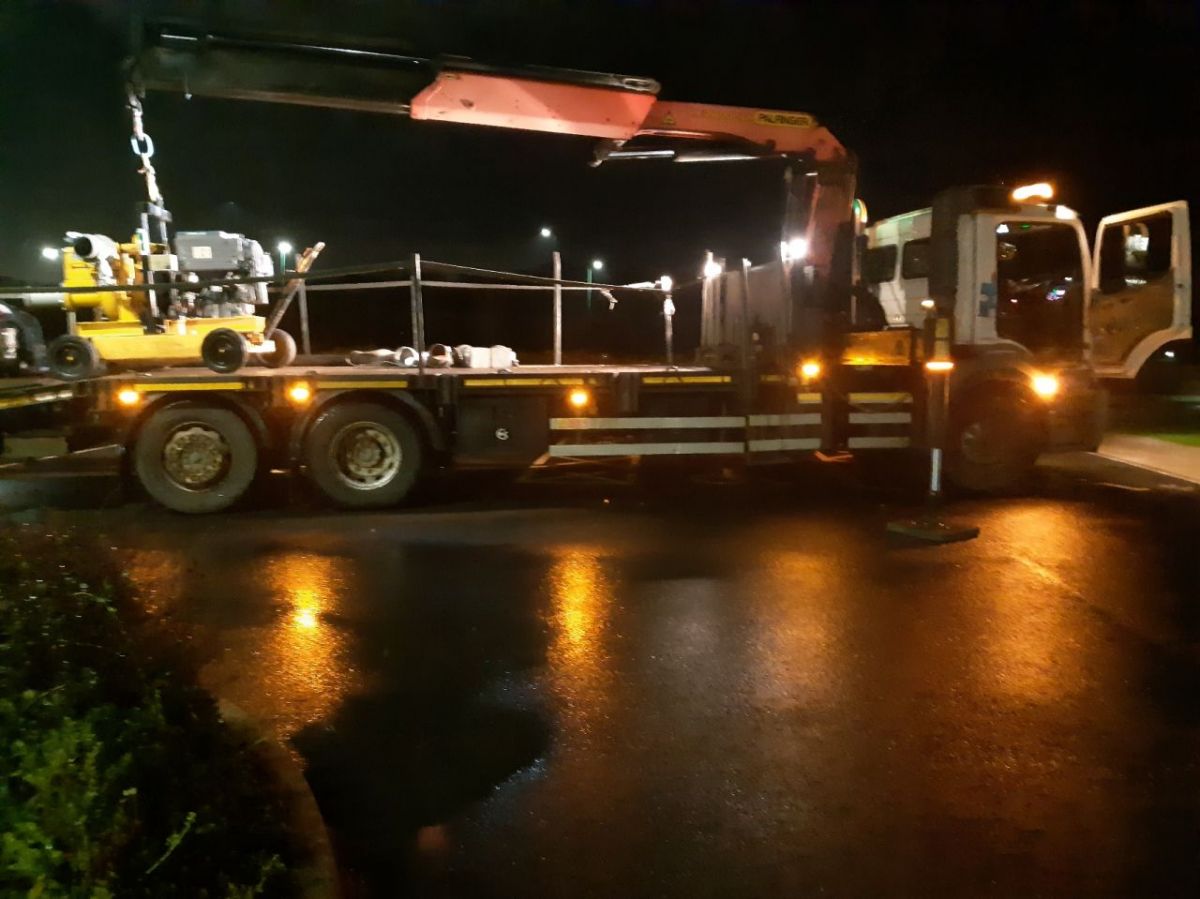