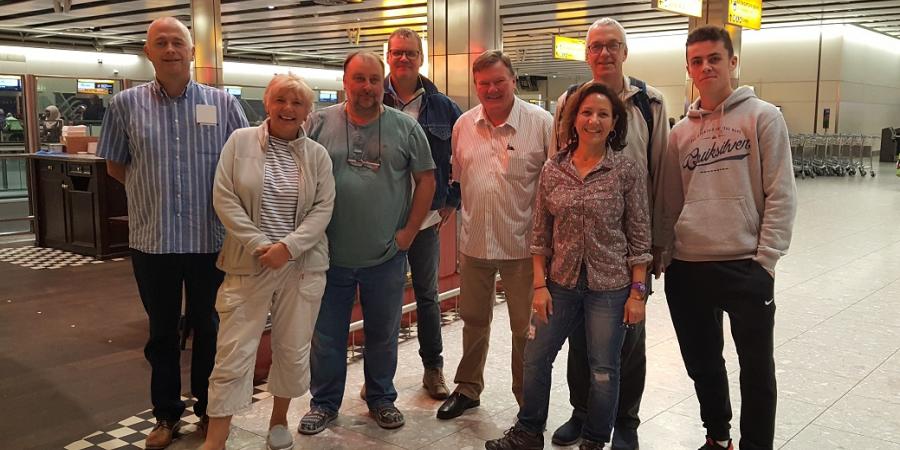 Selwood director Richard Brown has flown more than 5,000 miles on a mission to help bring clean water to one of the poorest parts of the world.

The visit is part of a campaign headed by Wessex Water and its partners to support a £100,000 appeal by WaterAid. The money raised will bring a sustainable clean water supply, sanitation and hygiene education to 2,614 people in the district.

Richard has launched his own fundraising appeal in support of Water Aid and hopes to raise £2,500 from supporters.

During his time in Madagascar, he will spend a whole day sharing the life of a local family to experience what life is like in a community which has no clean water or sanitation.

According to WaterAid, women and children in Madagascar can often spend up to three hours a day collecting dirty water from unsafe sources which may make them seriously ill. Diarrhoea caused by dirty water is the second biggest killer of children in the country.

Richard said: “We take clean water for drinking and washing for granted but there are millions of people in the world who do not have this basic necessity.

“Selwood has long been a supporter of Water Aid and we have seen first hand how much difference the organisation can make in areas where access to clean water and sanitation can literally be a matter of life or death.

“Madagascar is one of the poorest countries in the world and it is estimated that more than half of the country’s 11million population are without safe water. I am pleased that Selwood is able to play a part in a project that will make a real difference to people’s lives.”

WaterAid, founded in 1981 by the UK Water Industry, is a non-governmental organisation focused on improving access to safe water, sanitation and improved hygiene.

It has been working in Madagascar since 1999 and has helped more than 230,000 people access safe water and latrines.

For more information about WaterAid’s operations in Madagascar, click here. To donate to Richard’s appeal, visit his JustGiving page here.