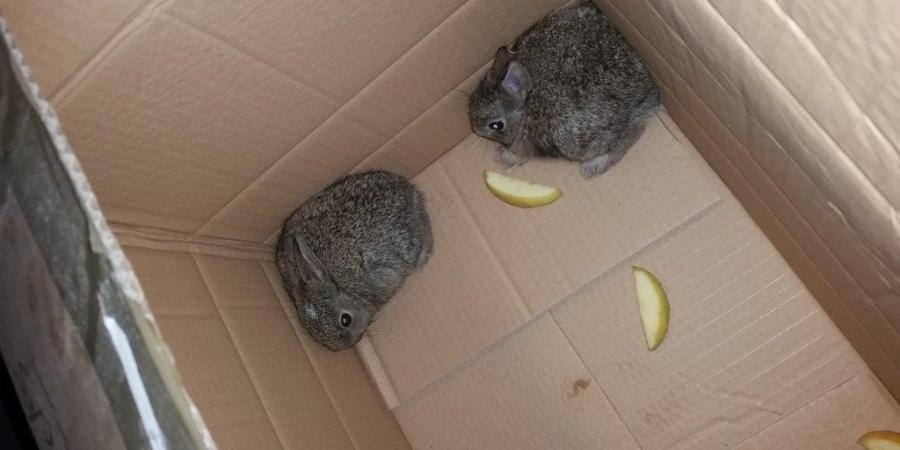 These cheeky bunnies had staff at pump rental specialists Selwood hopping around after they hid in hoses and hitched a ride from Sussex to London.

The rabbits sneaked inside hoses that had been delivered with Selwood pumping equipment to the Crawley depot of transport firm BP McKeefry in Radford Road, Crawley, West Sussex.

They were still snuggled up when staff from Selwood’s branch in Charlton, South London, came to pick the hoses up.

The stowaway bunnies kept themselves tucked away as the lorry made its way to the Selwood Penhall Road in Charlton – and only hopped out when the hoses were being unloaded at the other end.

Selwood drivers then had to chase them round the car park to catch them so they could be kept safely in a box until the RSPCA arrived.

Kayleigh Morrison, hire controller at Selwood’s Charlton branch, said; “It was a bit of an early Easter surprise for the drivers! We think they were wild rabbits that must have just crawled into the hoses as it was somewhere sheltered for them to hide away.

“There was a bit of a chase around the car park but eventually we managed to get them into a box until the animal inspectors arrived. The rabbits were a bit confused and shaken up but they hadn’t been harmed in any way.”

RSPCA spokeswoman Amy De-Keyzer said: “The two rabbits were taken to our South Essex wildlife centre, where they are being checked over – they seem absolutely fine.

“We’re grateful to Selwood staff for alerting us – they did the right thing. Once the rabbits have a clean bill of health, they will be released back into the wild where they belong.”